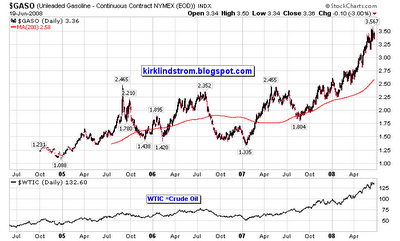 This chart shows that the share prices for the major oil companies have risen right along with the price of energy. 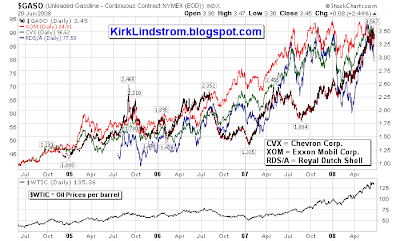 Our pain at the pump has been their gain, which may explain the bad feelings towards the oil industry.

One reason oil prices have continued to go up despite higher prices that are supposed to lower demand is some countries like China set prices that force their refiners to sell gasoline at a loss. It works out as a government mandated subsidy for consumers and industry. Yesterday China raised fuel prices to curb demand.
This chart, courtesy of StockCharts.com, shows oil and S&P500 prices. 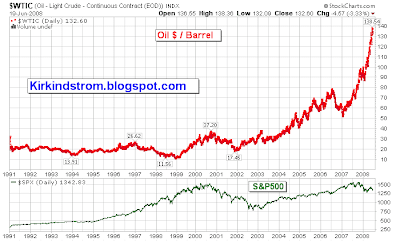 This chart, courtesy of Chart of the Day, shows gasoline prices adjusted for inflation.

Of Note on the chart:
The days of cheap energy are probably gone but as major users of gasoline, such as China, allow prices consumers pay to go up, we should get some relief from the relentless price hikes for energy.
Posted by Kirk Lindstrom at 7:29 AM