ECRI's WLI Inched Lower but WLI Growth Rate Up Again
The Economic Cycle Research Institute, ECRI - a New York-based independent forecasting group, released their latest readings for their proprietary Weekly Leading Index (WLI) this morning. (More about ECRI)
For the week ending October 15, 2010
Four weeks ago with both the WLI and its growth rate lower, Lakshman Achuthan, managing director at ECRI said, "After a brief plunge in the late spring, the WLI has been fairly stable throughout the summer and into September, suggesting that it is still premature to predict a new recession." 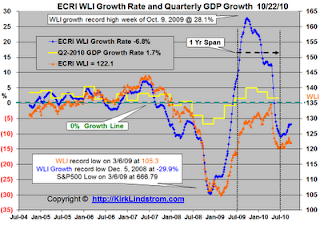 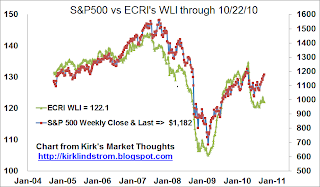 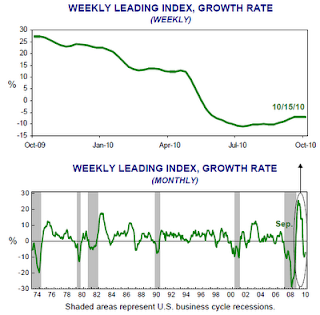 More Charts:
Posted by Kirk Lindstrom at 7:50 AM