On November 30 we reported in "ECRI Calls for Revival of US Economic Growth" that ECRI said "with a lot of conviction, that there is a revival in growth right ahead of us."
Commenting on today's release, ECRI's Chief Operations Officer, Lakshman Achuthan said: "With both the WLI and its growth rate rising to their best readings since May, a “double dip” back into recession remains off the table, notwithstanding self-serving recession warnings that feed fear itself." 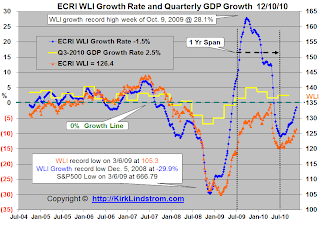 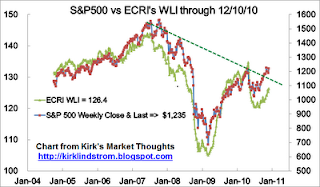 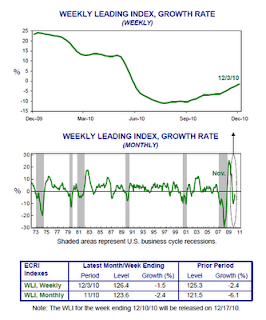 Posted by Kirk Lindstrom at 8:22 AM