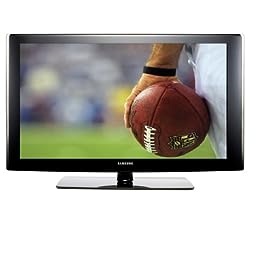 Who has the best HDTV service? The major choices are Comcast, Dish, DirecTV and Verizon FiOS. Recently Comcast increased the compression of their HDTV in order to fit more channels into a fixed frequency space. A "special member" of the AVS forum wrote a report that qualitativiely and quantitatively look at the difference. The results add to the problems at Comcast that include they limit some users bandwidth who download too many movies.
Read "Shopping for HDTV" and "Best HDTV Sets - LCD"

Yesterday in our facebook HDTV forum in the "Investing for the Long Term" group, Larry C. posted the following:

"Comcast, like every video distributor, compresses its digital video signals. But to fit in more HDTV channels, Comcast is squeezing some signals more than others. The cable operator claims it is using improved compression techniques, so that most subscribers won't see any drop-off in picture quality. But A/V buff Ken Fowler claims the differences between some of Comcast's more highly compressed channels and Verizon's FiOS TV are indeed noticeable. He's posted his comparative test results on AVSForum.com — and the results are not pretty."

Check out the screen comparisons at the link below. It shows all HDTV signals are not created equal. And if you get your HDTV from Comcast, you can save some money by not buying a higher resolution HDTV. Looks like the only way to get REAL high res HDTV is to go Blu-Ray and watch it from disc.

Average bitrates were obtained by comparing the size of each recording, in total bytes, and dividing by the total number of seconds reported by VideoRedo. Multiplied by 8 to convert MBps to Mbps.

Average Bitrates on FiOS v. Comcast
The difference in the images seen on my 1920 x1200 PC monitor are striking. Here are his summary comments.

It is obvious that the quality of the source signal plays a significant role in amount of degradation seen with Comcast's newly added compression. Sources like Discovery Channel (not Discovery Theater) and Universal HD are highly compressed to start with, and adding extra compression on top of that causes the picture to deteriorate rapidly with excessive noise and detail loss. In contrast, higher-quality sources like Discovery Theater still look very good, with the only obvious differences being some added noise and some minor loss of fine detail during motion.

For the most part, fine detail remains very good on static (non-moving) images with Comcast's added compression, but you do see reduced contrast, with more dithering artifacts (banding) between colors and objects. With some channels, it looks a bit like Comcast is taking a 24-bit image and reducing it to 18-20 bit. This tends to reduce the 'pop' effect in some images. The difference in 'pop' was quite noticeable on Food HD, despite the relatively small bitrate reduction.

The greatest differences are seen with movement. With slow movement on Comcast, the first thing you notice is added noise and a softer image, as fine detail is filtered from the picture signal. The greater the rate of movement, the more detail you lose and the more noise you see. With intense movement, you see more blocking and skipped frames. In VideoRedo, I noticed that a number of frames in the FiOS signal simply did not exist in the Comcast signal during motion intensive scenes. This may be responsible for the stutter and excessive motion blur seen with some video sequences on Comcast.

To Comcast's credit, I saw little to no difference on movie channels such as HBO, Cinemax, and Starz. I did see some blurring and reduced detail during fast movement on Starz, but the recordings from Cinemax and HBO were virtually identical, even on action movies such as 300 and Gladiator. When there was blocking on the Comcast feed of Cinemax, that blocking was also on the FiOS feed.

From what I've read, the best broadcast HDTV seems to be over the air broadcast TV from my local stations.
My own experiments:

I've compared pictures of those side by side with images from DISH local stations and have not detected any differences. I did the comparison with standard RGB cables using the DISH VIP722 DVR with an external antenna connected that allows easy comparison. I plan to repeat the experiment with HDMI cables to see if that makes any difference.

Posted by Kirk Lindstrom at 7:29 AM

Email ThisBlogThis!Share to TwitterShare to FacebookShare to Pinterest
Labels: HDTV