Excerpt from my next newsletter that I am working on this morning:

On May 31, the Bureau of Economic Analysis said their second estimate of Q1-2012 GDP (Gross Domestic Product adjusted for inflation) growth increased at an annual rate of 1.9%. This was a downward revision of 0.3% from April's estimate of 2.2%.  The estimates for prior quarters were unchanged.

The increase in real GDP in the first quarter primarily reflected positive contributions from personal consumption expenditures (PCE), exports, residential fixed investment, private inventory investment, and nonresidential fixed investment that were partly offset by negative contributions from federal government spending and state and local government spending.  Imports, which are a subtraction in the calculation of GDP, increased.

You can read the full press release at  Gross Domestic Product, 1st quarter 2012 (second estimate)
How bad would this be if we actually had a balanced budget today?
See my articles:

Despite First Budget Surplus Since 2008, U.S. Still Borrows 34 Cents Of Every Dollar Spent
and
ECRI's Weekly Leading Index Makes A 19 Week Low
Posted by Kirk Lindstrom at 7:58 AM 3 comments:

How to Get FREE Annual Credit Reports
By federal law, each of the 3 major credit bureaus is required to provide you with one free copy per year of your credit report (though not your credit score ) upon request. It is important to review this information not only to track and improve your financial health, but also to ensure against fraud and identity theft. Because of this, it is advisable to space your requests out from the 3 bureaus throughout the year, like every 4 months, rather than requesting them all at the same time. For the full details, read:
You may request your free credit report online, request your report by phone or request your report through the mail.
Posted by Kirk Lindstrom at 5:09 PM No comments: 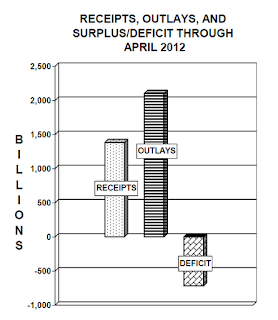 
Posted by Kirk Lindstrom at 7:25 AM No comments:

Network Bandwidth Crisis & How to Profit

With all the new smart phones and tablet computers placing new demand on internet bandwidth, there is a shortage brewing.

Here are some excerpts from my current newsletter.

I hope I have my portfolio well positioned to take advantage.