Aloha!  Last week I returned from a "working vacation" in Maui.  I went to look at some real estate for a potential investment and to windsurf.  There was no wind but good waves so I used the time to improve my regular surfing skills beyond the single lesson on a big, slow board in tiny waves I took in 2006.  The waves were big so I used a regular 8' surf board made of foam so I'd be safer tumbling in the waves with this softer board.  It was great fun and I learned to paddle and catch waves for many, many good rides.  I wore a GPS device on my wrist to show where I went and measure my speed.

I also used "rest time" to take some pictures of whales, surfers and people enjoying the beaches.


Better photos at
Whales, Surfers and other Beach Creatures at Ho'okipa Beach Park 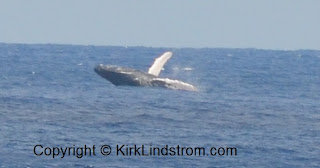 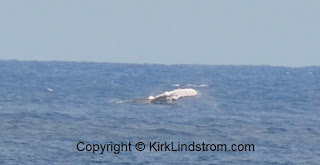 I also worked on my investment letter in the mornings while relaxing in my beautiful garden apartment in shorts and a tank top with CNBC on the TV. 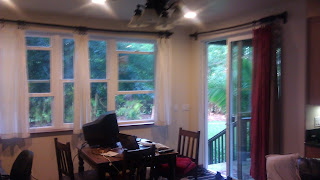 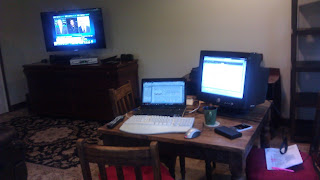 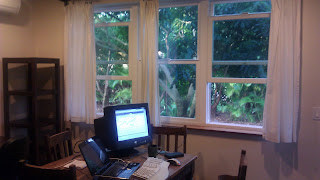 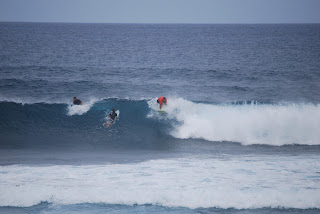 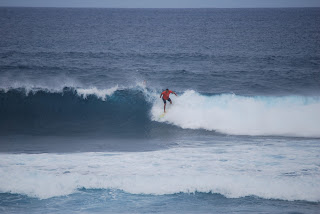 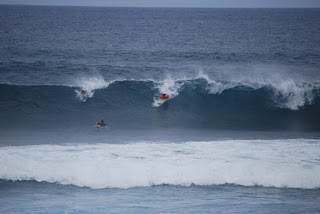 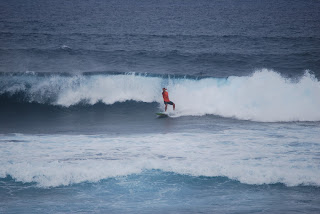 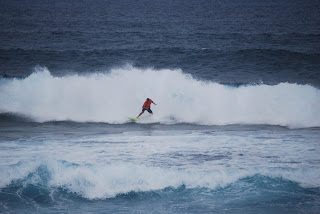 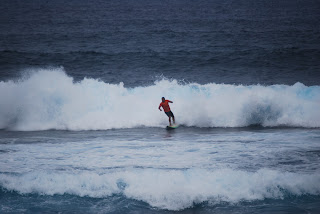 Come back as I add links to photos and GPS results for this article, I am now in the process of writing.

This is the camera I recommend: Nikon D5100  plus a lens for long shots:

Posted by Kirk Lindstrom at 12:40 PM No comments:

ECRI made the rounds last week explaining why they still believe we are in a recession.  Below is a summary   from Sam of their appearances.

Posted by Kirk Lindstrom at 1:17 AM No comments:

P/Es & Yields on Major Indexes Plus US Treasury Rates 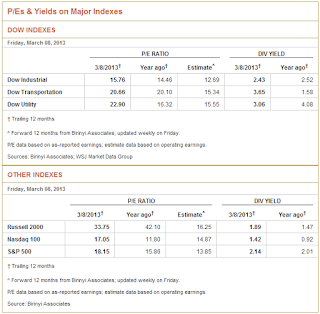 US Treasury Rates at a Glance  and  Treasury Quotes

This would be useful to keep a weekly record, if one had the time to post it weekly.
Posted by Kirk Lindstrom at 2:33 PM No comments:

Email ThisBlogThis!Share to TwitterShare to FacebookShare to Pinterest
Labels: PEs and Yields

This graph shows the real (Inflation adjusted) price of S&P 500 with dividends reinvested from 1870 through 2012.

Chart source Silicon Investor
This next graph shows my Explore Portfolio since inception in 1998, over 14 years ago.

"Kirk's Two Investment Letters - Which is Best for You?" 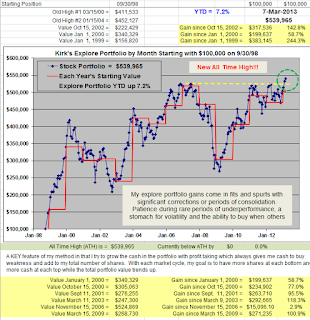 This table shows my "core" and my "Explore" portfolio values since January 1999. 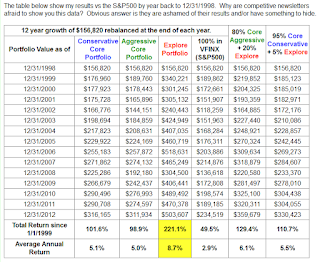 For more conservative investors who have no interest in individual stocks, I co-edit "The Retirement Advisor"  where our most aggressive model portfolio is slightly less aggressive then the "core conservative portfolio" in Kirk Lindstrom's Investment Letter."

For more explanation, see  "Kirk's Two Investment Letters - Which is Best for You?"

Posted by Kirk Lindstrom at 7:30 AM No comments:

The March 1 broadcast of the Nightly Business Report was the last for host Tom Hudson and many of the staff based in Miami, Florida who produced the show. 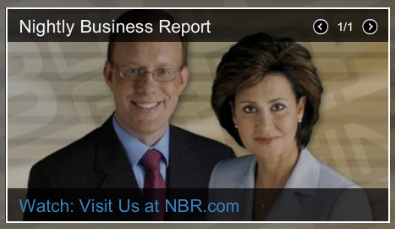 “Nightly Business Report,” the pioneer public television series that has struggled in recent years, is getting a new, deep-pocketed commercial owner, the 24-hour business cable channel CNBC, a unit of Comcast’s NBCUniversal.

CNBC announced on Thursday that it would buy the rights to the show, available in 96 percent of television homes in the United States, from the investment firm Atalaya Capital Management for an undisclosed price. CNBC will begin producing “Nightly Business Report” from its New Jersey headquarters on March 4. The program now originates in Miami, with bureaus in New York and Washington.

The format will remain the same. Tyler Mathisen of CNBC will anchor with Susie Gharib, the current co-anchor, who is under contract through 2013. The co-anchor Tom Hudson and the remaining staff of 18 will leave.

PBS withdrew its financial support of “Nightly Business Report” in 2011 and stopped distributing it. American Public Television now distributes the show to 180 stations and will continue to do so.

Ratings have drifted lower and the show’s sole financial underwriter, Franklin Templeton Investments, withdrew in August, leading to layoffs and the closing of the Chicago bureau.

The following is a transcript of Tom Hudson's final words on the show.

HUDSON: Finally, tonight marks the end of a chapter and the beginning of a new one in the legacy of this program, NBR. Since 1979, this program has been based in Miami. Tonight that comes to an end at the close of our program. On Monday cable financial news channel CNBC takes over producing NBR. Now the program will remain right here on public television and I am fully confident its future is bright with our colleagues at CNBC. For most of us here with NBR, this will be our last evening with the program.

And speaking for all of us here, it has been quite an honor to work for the program. It certainly occupies a very special place really because of your support—the viewer. You have never been shy about letting us know when we have come up short of your high expectations and when we exceed those expectations, nor have you been shy about expressing your loyalty. So let me thank you for inviting me, inviting us into your home, onto your laptop, on your tablet, maybe even on your smart phone. Susie this isn’t good bye certainly for many of us. It is just see you next time.

GHARIB: Oh I hope so Tom. I’m really going to miss working with you. It’s been a lot of fun and I think we’ve done some great things together and I’m going to miss working with all the other creative, hard-working people, past and present, who really made NIGHTLY BUSINESS REPORT a success over these past three decades. But picking up on what you just said, NIGHTLY BUSINESS REPORT is starting a new chapter.

So I will be back on Monday with the program that so many viewers, all of you watching have grown to trust. And NIGHTLY BUSINESS REPORT I promise you will still be covering the business and economic stories that are important to you and with the same unbiased and thoughtful analysis. The program will also have the added resources and support of CNBC. So good luck to you and of course we always have to have some noise here at the New York Stock Exchange to make it feel like it’s a regular night, but good luck to you, Tom and everyone at NIGHTLY BUSINESS REPORT.

GHARIB: Good night, Tom and thanks everyone for watching and I’d like to just turn to something that Paul Kangas would always say. I won’t say it as good as he does, but wishing you the best of good buys.


You COULD read a full transcript of Hudson's last show at the NBR website but in the process of writing this article, they have all my links redirect to a facebook page for NBR with no transcripts and most, if not all, pictures of Tom Hudson removed! 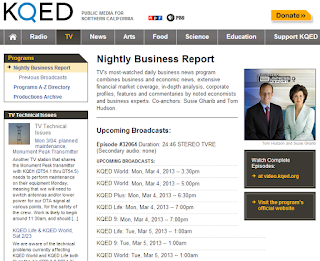 KQED still shows Tom and Susie.
I guess they didn't get the "Purge Tom Memo."
Posted by Kirk Lindstrom at 7:22 AM 3 comments: