Jonathan Bush, CEO of Athena Health, on the 2016 Election

On 10/21/16 CNBC anchor David Fabor asked about the election who he would vote for, Jonathan S. Bush answered: 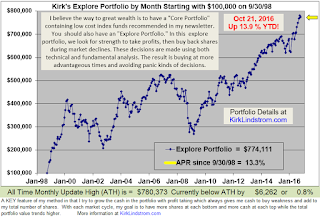 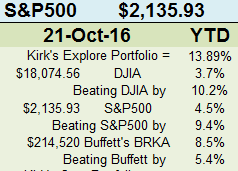 If the economy is doing so well, why is government spending rising faster than tax collections?

Between fiscal 2015 and fiscal 2016
Here is my breakdown of the data in table form to add numbers they don't like us to know.

Total Federal Government Debt in 2016:  At the end of FY 2016 the gross US federal government debt is estimated to be $19.4 trillion, according to the fiscal year 2017 Federal Budget.

October was the start of FY 2017 so here is an estimate of where the total national debt stands as of today:

This table adds a calculation for the monthly, rather than YTD change. 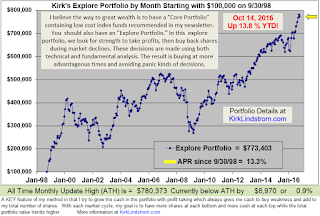 I have a hard time making the case our economy is "recovering" when government spending is growing faster than tax collections.  Your mileage may vary. 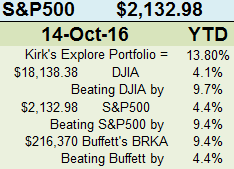 Posted by Kirk Lindstrom at 4:04 PM No comments: