What a great year for stock market investors! 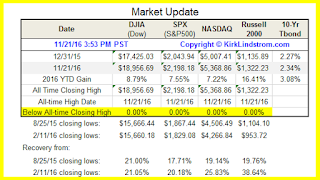 The above table shows the Russell 2000 small cap index is up 38.6% from its Feb. 11, 2016 closing low when I wrote there was a ANOTHER tradable low.
I made great money buying the first low in 2015, taking profits as the markets recovered then bought again when the market was testing that low in early 2016. 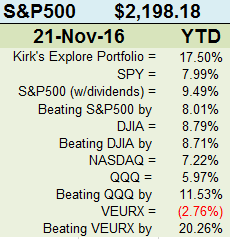 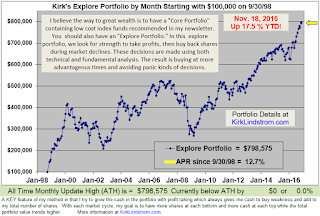 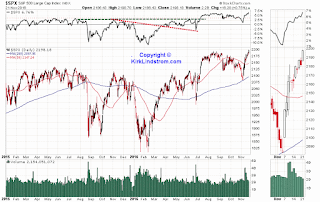 Posted by Kirk Lindstrom at 4:21 PM No comments:

This is fascinating how you can put a decimal point after the first digit of the speed of light and it gives you the Northern Latitude for the oldest Egyptian pyramid. 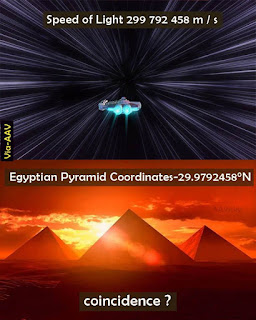 The Great Pyramid of Giza is the oldest and largest of the three pyramids in the Giza pyramid complex bordering what is now El Giza, Egypt. It is the oldest of the Seven Wonders of the Ancient World, and the only one to remain largely intact. Wikipedia 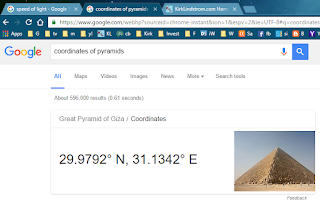 The speed of light in vacuum, commonly denoted c, is a universal physical constant important in many areas of physics. Its exact value is 299792458 metres per second (approximately 3.00×108 m/s), since the length of the metre is defined from this constant and the international standard for time. 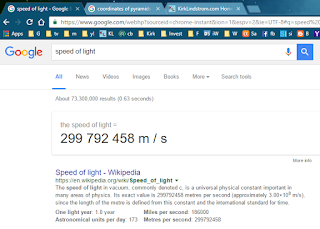 It is fun to read how some try to debunk this:


But they seem to leave out some other explanations:

Posted by Kirk Lindstrom at 9:19 AM No comments:

Email ThisBlogThis!Share to TwitterShare to FacebookShare to Pinterest
Labels: Science

The 2CS Indicator History as of today's market close has fallen into what has typically been a very good "buy zone" for those with patience.

When used as a contrarian indicator, the scale on my graph below runs from 0 to 100% with 0% the maximum bullish reading and the 100% maximum bearish reading. 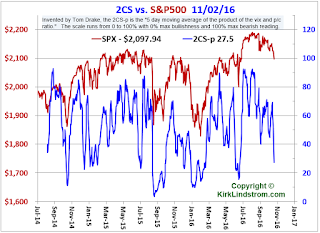 
Invented by Tom Drake, the 2CS is the five day moving average of the product of the VIX (CBOE Volatility Index) and its put to call ratio. On his blog posted titled, 2CS, Tom wrote:


“My favorite and simplest sentiment measure of the US stock market is the 2CS. Take each day's CBOE put/call ratio and multiply by each day's VIX or VXO (I have used the VXO since 1996). Sum the last five days of the daily product of VXO times P/C. When that five day total or 2CS gets under 70 we can start to wonder about the possibility an intermediate term top somewhere ahead. Sometimes the market will stall or go sideways a bit and relieve this condition, and then go higher again. But sometimes 2CS will continue to fall as the market moves up and get below 60. 2CS below 60 is almost always indicative of a significant decline within a week or two.”

Here is another version I call my "Hybrid 2CS" 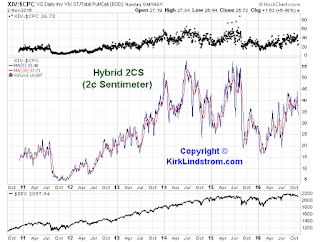 In the past two years, buying the S&P500 when the 2CS was under 30 has yielded good results within a few months. Buying when under 20 has produced even better results.Will this trend continue? 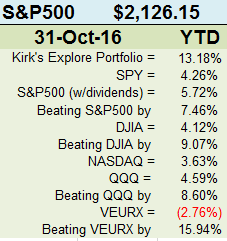 Kirk Lindstrom's Investment Letter
Subscribe NOW and get the October 2016 Issue for FREE!!!
(Your 1 year, 12 issue subscription with SPECIAL ALERT emails will start with next month's issue.) 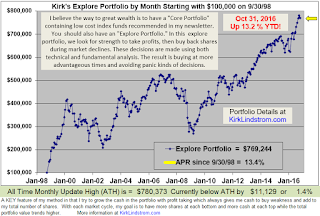 Posted by Kirk Lindstrom at 4:36 PM No comments: