This sad news report (text below) was sent to me by a reader and confirmed just now on Sy Harding's Website (Update on Sy.) 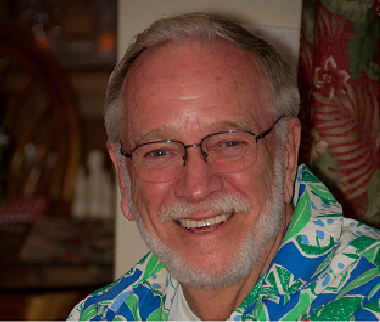 As most of you are aware, Sy was stricken by a sudden illness at the beginning of the month. He was in Intensive Care for over three weeks and for that entire time, the family was told that he would be able to make a full recovery. However, it is with heavy hearts that we must announce that Sy has passed away. Unfortunately, complications arose and his condition regressed rapidly in his final 48 hours and the doctors were not able to save him.

Sy started giving investment advice to the public some 27 years ago. It was his life and his passion. Not a day went by that he wasn’t thinking about how he could help others increase profits or reduce risk. He was a private man who had always declined the numerous requests for television and radio interviews. His voice was his written word. He simply loved writing. He loved researching ideas and formulating them into insightful commentary that would both educate and open one’s mind to seeing things in different ways. He was contrarian by nature. He always felt that if the crowd was going in one direction, he should look in a different direction to see what they were missing. This philosophy has served him well over the years and is one of the reasons technical analysis appealed to him. Quite often the charts would show when too many people were thinking one way and the markets were due for a reversal.

Sy was a devoted family man. He was always there to help and put his family’s needs before his own. He could always be found at his children’s and grandchildren’s sporting events, dance recitals and special functions. Most of his family has worked with him at one point or another. It was always amazing to see his work ethic and desire to succeed, but never at the expense of others. His honesty and integrity were evident to all who knew him.

Sy’s passing was very sudden and unexpected and as a result we are busy formulating a plan to determine the best course of action going forward. We will do our best to provide information and answers via email if you have questions, but honestly, with Sy’s remarkably good health, this is not something for which we had planned.

We want to thank you for the many thoughts and prayers we have received during Sy’s illness, from both long term and more recent subscribers. It shows that you thought of him as more than just a newsletter writer. You got to know him through his writing and he got to know many of you over the years. It was that kind of sentiment that kept him going, trying his hardest to provide the best advice he could. Thank you again for your support through this difficult time.

My subscriber said it well in the email, "Sad news.  Another reminder of how life can change so suddenly.  "

Posted by Kirk Lindstrom at 9:09 AM No comments:

Yesterday gold surged above $1,200/oz. for its best day since January. 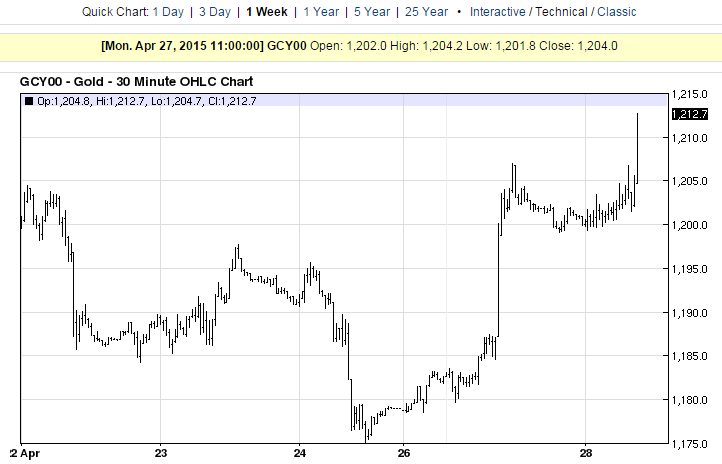 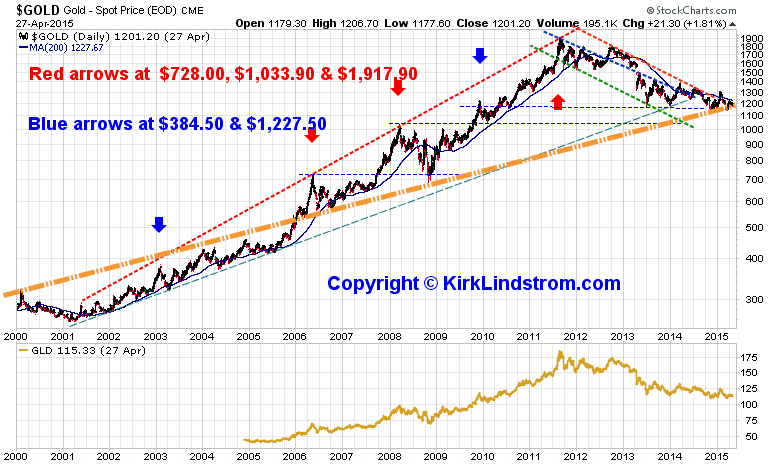 Is the bottom in?

Are you Long, neutral or short gold?


I have a gold trade in my newsletter. 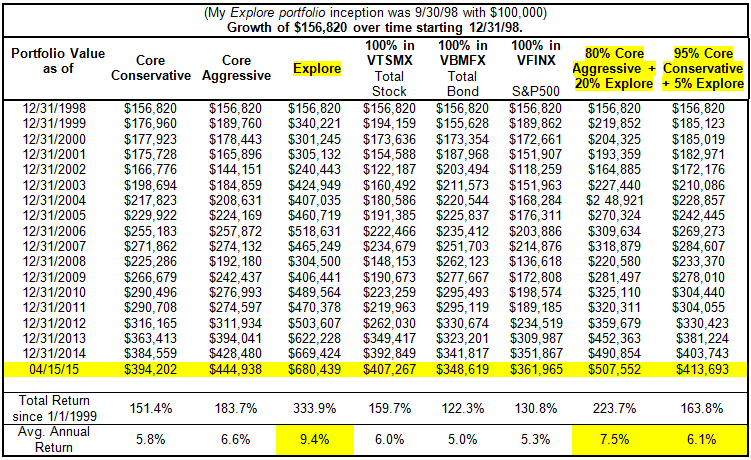 Posted by Kirk Lindstrom at 7:32 AM No comments:

One great advantage of writing an investment letter and moderating several investment discussion forums is I get ideas and research via email from my readers to consider.  Some give me permission to publish what they send me and use their names and others ask me to keep their contributions anonymous.
This commentary is from a long-time reader and newsletter subscriber, who has been a friend and contributor way back to my  "Personal Finance and Investing" days at Suite101 back in the early 2000s.   Trekkies will get a chuckle from his signature.

Secondly, most of the oil from shale wells comes in the first year, so oil companies have been delaying well completions until oil prices rise.  Well completions can be delayed by up to 12 months because state regulations give oil companies up to one year to complete their drilling.
Both factors have built a backlog of uncompleted wells in North Dakota that is now near 1,000.  All those uncompleted wells have resulted in a drop in North Dakota oil production in recent months.  But that list of wells drilled but not fracked, (the so-called "fracklog") may diminish in June.
That's because North Dakota's oil extraction tax has a low price trigger.  If the monthly average West Texas Intermediate oil price drops below $55.09 for five consecutive months, the 6.5% state extraction tax is suspended.  Oil prices in January, February and March were below the $55.09 trigger.  April's average so far is also below the threshold.  If May prices also hold below $55.09, expect a fracking frenzy in June.

Thanks John!
PS During our Suite101 days I signed my posts with "Kirk out"
PSS John sent me this on 4/17/15 but I only now (7/9/15) had time to publish it.  Click John Stolberg to read his most recent article.
Posted by Kirk Lindstrom at 8:01 AM No comments:

Today GE (my GE charts and price quote) announced a major change in the structure of the company. I reposted the press release below with highlights.  Key to me is GE will sell most of its GE Capital assets and use $50 billion of the proceeds to buy back its shares.  GE Capital is a very large bank.  Since the financial crisis, banks get very low PE multiples so GE probably doesn't get the PE multiple it could without GE Capital. GE Capital is profitable so someone like a private equity firm with cash earning near zero might find GE Capital a wonderful investment.

CNBC said this $50B ties Apple for the largest share buyback in history.  Investors love this news as GE's stock price is up over 8%.

GE was one of the stocks I bought at the very bottom of the financial crisis. 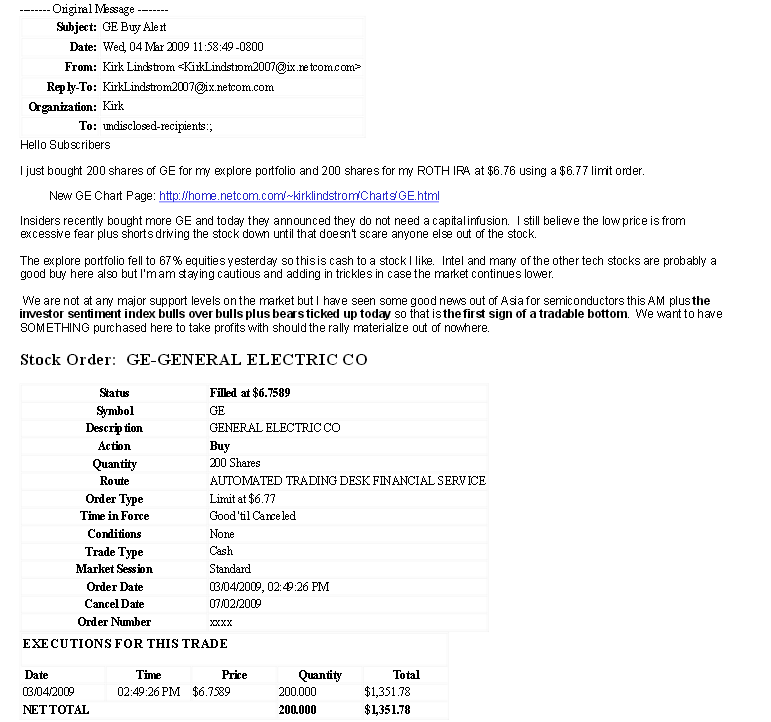 Subscribe NOW and get the April 2015 Issue for FREE! !
(Your 1 year, 12 issue subscription will start with next month's issue.) 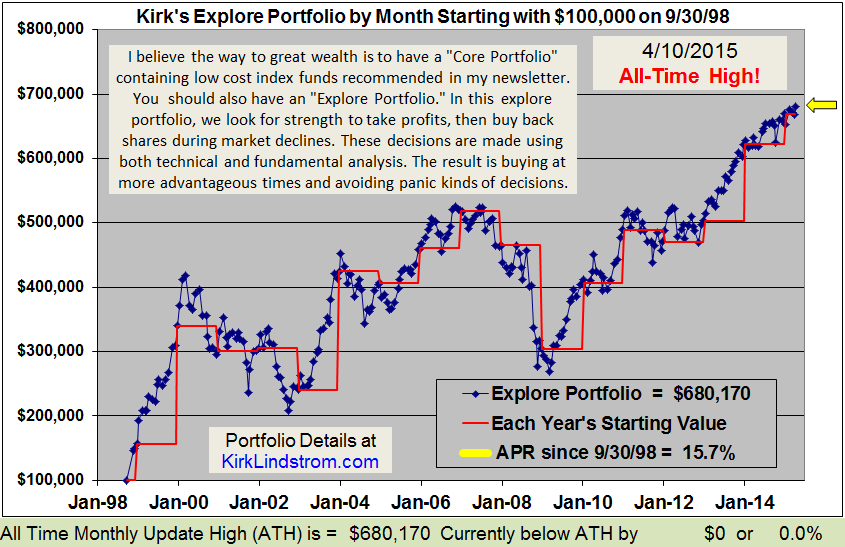 Email ThisBlogThis!Share to TwitterShare to FacebookShare to Pinterest
Labels: GE

2014 was a seller's market as the average Los Altos home sold for 11% above the asking price!

Located between Apple, Google, Facebook and Tesla and just a short drive to Stanford University, Los Altos is central to many of today's growing companies that turned founders and employees into recent millionaires.  With some of the top schools in the country, Los Altos is a prime target for young tech titans looking to diversify their stock holdings and settle down to raise a family or just live in a town with a low crime rate and larger lots for the money when compared to Palo Alto on its Northern border. 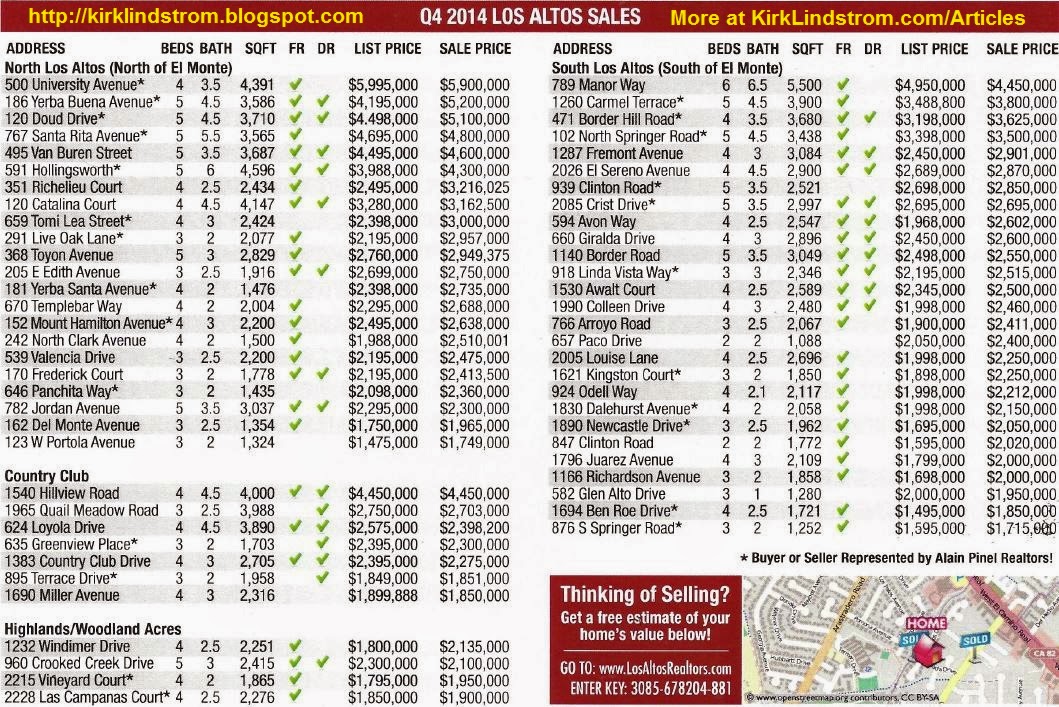 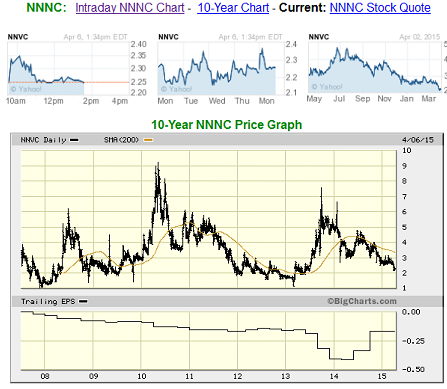 About NanoViricides
NanoViricides, Inc. (www.nanoviricides.com) is a development stage company that is creating special purpose nanomaterials for antiviral therapy....  Please read the full disclosures for this press release
Posted by Kirk Lindstrom at 10:41 AM No comments: