US Treasury rates are slowly inching higher in anticipation of the Federal Reserve's March meeting where most pundits expect the Fed will: 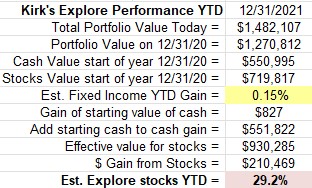 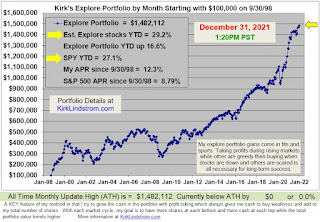 Email ThisBlogThis!Share to TwitterShare to FacebookShare to Pinterest
Labels: US Treasury Bonds, US Treasury Rates

Market Update and Sentiment Charts for 2/24/22

Today the markets saw a "rip your face off" rally from a decline in the S&P 500 that was down 15% from its peak with the Nasdaq and Russell 2000 down over 20% into bear market territory. 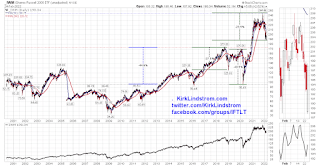 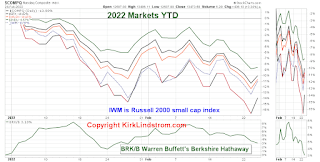 As you would think, that has market sentiment quite bearish. 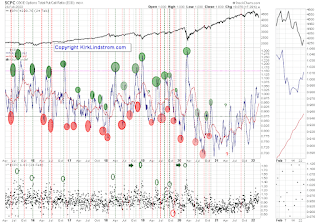 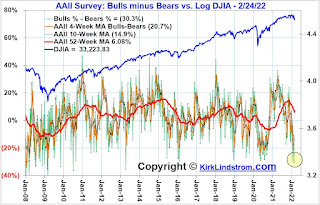 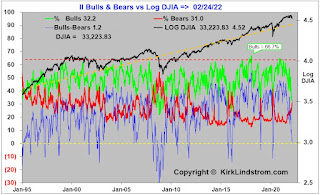 Posted by Kirk Lindstrom at 5:14 PM No comments:

CPI-U @ 7.5%: Today the US Bureau of Labor Statistics reported that in January 2022 the Consumer Price Index for All Urban Consumers (CPI-U) increased 0.6%. Over the last 12 months, the all items index increased 7.5 percent.

Core CPI-U @ 6.0%: "The index for all items less food and energy rose 0.6 percent in January, the same increase as in December. This was the seventh time in the last 10 months it has increased at least 0.5 percent. 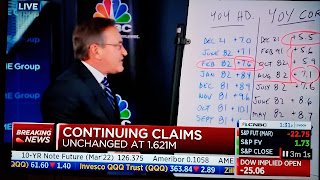 Posted by Kirk Lindstrom at 6:27 AM No comments: