ECRI's WLI Back to 36 Week High

On November 30, 2010 we reported in "ECRI Calls for Revival of US Economic Growth" that ECRI said "with a lot of conviction, that there is a revival in growth right ahead of us."  Since then, the economic data continues to slowly improve.
Commenting on the January 14th release, ECRI's Co-Founder, Chief Operations Officer and author of "Beating the Business Cycle", Lakshman Achuthan said: " With WLI growth rising for ten straight weeks to a 33-week high, U.S. economic growth will soon begin to revive."
Chart of WLI and WLI growth vs GDP Growth 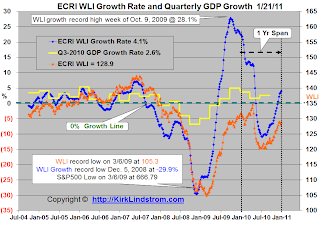 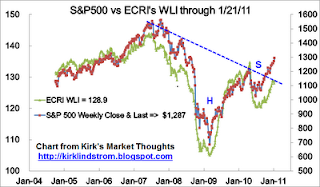 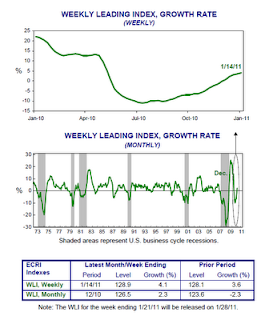 Posted by Kirk Lindstrom at 8:04 AM