CNBC's "matronly" Sue Herera just reported "50% of the population in Dubai is now considered overweight to obese and that is a HUGE, HUGE change." 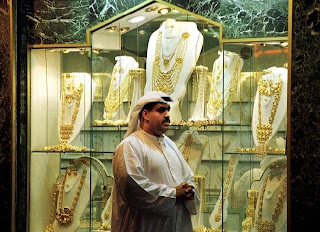 According to the International Business Times:

A gram of gold is worth about $45 at current prices.

Local media Wednesday quotes Dubai official Hussain Lootah as saying there is no limit on the payout for the golden losers, who must sign up and weigh in Friday.

The minimum drop is two kilograms, or 4.4 pounds, to cash in.