It is interesting that in 2008 presidential candidate Barack Hussein Obama thought former President Bush was unpatriotic and irresponsible for adding $4 trillion to the national debt to bring it to roughly $9 trillion.  (You can watch the YouTube video below to hear his own words.)

Today our debt is almost $17 trillion (See Debt Clock below) which $8 trillion higher then when he spoke against "using a credit card from the Bank of China in the name of our children." 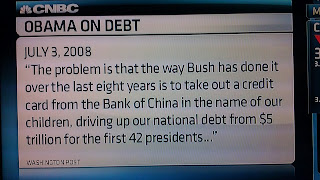 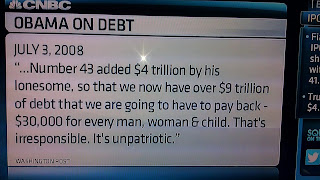 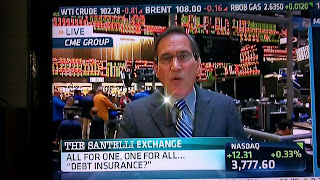 The ticking debt clock I also posted above shows it is getting close to $17T.

President Obama  will more than double it on his watch.

Before Congress gives President Obama a free pass to use the "credit card from the Bank of China in the name of our children" to ring up even more debt, I'd like to hear him explain if he was wrong in the past and what changed his mind. 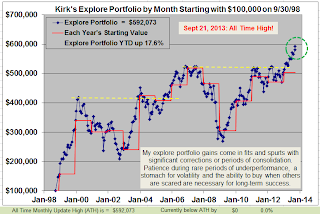 List of Kirk's Favorite Charts
Subscribe to my Newsletter service NOW
and get the September 2013 Issue for FREE!!

Posted by Kirk Lindstrom at 9:50 AM