On Saturday February 25, 2017 Warren Buffett released his 2017 Annual letter to shareholders for his Berkshire Hathaway (BRKA) performance through December 31, 2016.  I wrote a detailed article about this for Seeking Alpha you can read at:
Summary:

Buffett Listed 3 stocks of note with prices within 6% of his average purchase price.
He did not add to two top holdings that went down in 2016, an up year for the market.
Apple was a new position for 2016.
Any short-term market pullbacks to the average price Buffett paid could be a buying opportunity to do better than Buffett.
Holdings as of 12/31/16 from 2017 Shareholder letter: 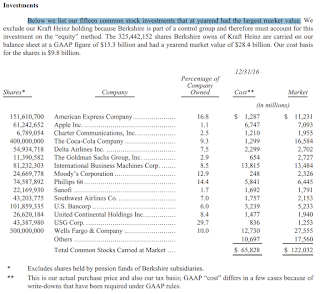 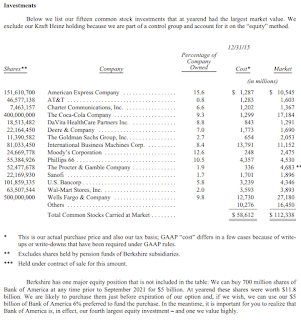 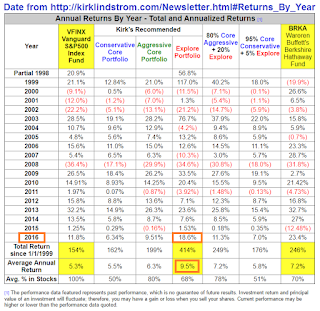 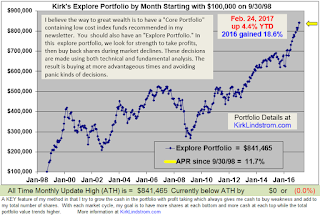 I'll use this article to add additional charts people request in comments here.

Posted by Kirk Lindstrom at 2:34 PM