Byron Wien's 10 Surprises Coming in 2008 include a Recession 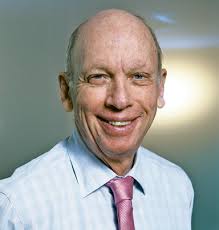 I enjoyed watching Louis Rukeyser's show "Wall $treet Week with Louis Rukeyser" when Byron Wein was a guest. He was often wrong as too bearish in the 1990's, but his comments were always interesting and great food for thought. Byron Wein Morgan was Stanley's chief strategist for years until he went to Pequot Capital a little over two years ago. Byron Wein has issued this list annually since 1986.

1. In spite of Federal Reserve easing, and other policy measures, the United States economy suffers its first recession since 2001 as housing starts stay soft and banks are reluctant to lend to anyone where a whiff of risk is apparent. Federal funds drop below 3%. The unemployment rate moves definitively above 5% and consumer spending is lackluster.

2. Standard and Poor's 500 earnings decline year-over-year and the index drops another 10 percent. Energy and materials stocks hold up relatively well in what is viewed as a correction rather than a bear market. Market conditions start to improve during the summer.

3. The dollar strengthens in the first half reaching $1.35 against the euro and weakens in the second exceeding $1.50. The European Central Bank begins an accommodative monetary policy. Foreign investors flock in to buy cheap assets in the U.S. early in the year but the dollar declines later as several countries holding large reserves diversify into other assets.

4. Inflation rises above 5 percent on the Consumer Price Index as higher commodity prices and oil finally begin to have an impact in spite of modest wage increases. The 10-year U.S. Treasury yield rises to 5 percent. Stagflation becomes a frequent presidential campaign and Op-Ed discussion topic.

If you want to know what else I have been buying in this period of weakness with my profit taking dollars from selling when the market was higher, Subscribe to Kirk's Investment Newsletter TODAY and get the October 2008 issue FOR FREE!

5. The price of oil goes down early in the year and up later, sinking to $80 a barrel in the first half as western economies slow and inventories are drawn down, and rising to $115 in the second. Established wells continue to decline in production while China, India and the Middle East increase their consumption.

6. Agricultural commodities remain strong. Corn rises to $6 a bushel and cotton to 85 cents a pound. Gold reaches $1,000 an ounce as disillusionment with paper currencies spreads across Asia.

7. The recession in the United States slows the Chinese economy modestly but its stock market declines sharply. Investors recognize that paying biotechnology stock multiples for highly cyclical companies doesn't make sense. The Chinese revalue the renminbi by another 10 percent to control inflation and as a gesture to foreign governments participating in the Olympic Games who complain that Chinese terms of trade are unfair. Several long distance runners refuse to compete in certain Olympic events because of continuing air pollution problems.

8. The new Russian President Dmitry Medvedev, under the tutelage of Vladimir Putin, becomes more assertive in world affairs. He insists that Russian oil and gas be paid for in rubles and demands a Russian seat at major world conferences. Russia and Brazil stock markets lead the BRICs. The Gulf Cooperation Council markets begin to attract interest among emerging market investors.

==>Highest Yield CDs with FDIC <==
10. Barack Obama becomes the 44th President in a landslide victory over Mitt Romney. With conditions in Iraq improving, the weak economy becomes the determining issue in voters' minds. They want to make sure that gridlock ends and Congress gets something done for a change. The Democrats end up with 60 Senate seats and a clear majority in the House of Representatives.

Wien added that he believes these surprises, which the consensus would assign only a one-in-three chance of happening, have at least a 50 percent probability of occurring at some point during the year.

In previous years, Wien said more than half of the elements of the list have proven correct.

Subscribe TODAY and get the Current Month's issue FOR FREE!