Hello from Baja Mexico. It was 83F when I arrived at La Paz airport Monday afternoon and I've been in shorts ever since. Good windsurfing Tue, Wed and today.
News from GM and GGR:

General Motors Corp. has hired lawyers and bankers to consider whether to file for bankruptcy protection, said several people familiar with the matter, while Senate lawmakers neared a tentative agreement on an emergency auto-bailout package that could see a vote Thursday night.

Thought question to discuss in the comments: How much does the government collect in taxes from the people employed by GM each month when you add up Social Security, Medicare and income taxes? It may make financial sense to make the loan so they don't fire everyone and collect zero taxes while paying unemployment benefits.

The Government of India has awarded GeoGlobal a 100% participating interest in two new onshore Exploration Blocks in India under the Seventh round of the New Exploration Licensing Policy (NELP-VII) bidding which closed on June 30, 2008.

These onshore blocks include Exploration Blocks VN-ONN-2005/1 (VN-01) and VN-ONN-2005/2 (VN-02). These adjacent exploration blocks cover an area of approximately 3,776 and 4,908 square kilometers, respectively, onshore in the eastern portion of the Vindhyan Basin which is located in the north eastern portion of the State of Madhya Pradesh in central India. GeoGlobal will be the operator for both of these blocks. 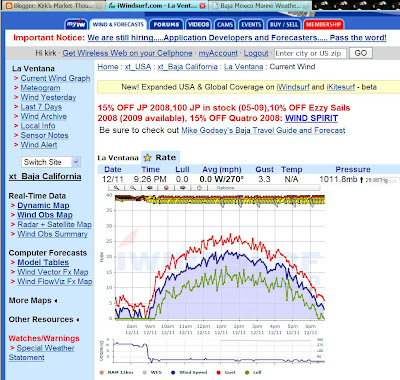 We are in El Sargento, just up the beach from La Ventana.

My Workstation with "Sea of Cortez" view. 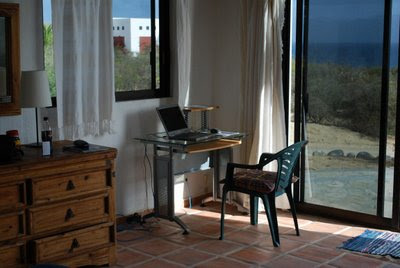 My Room with a View. 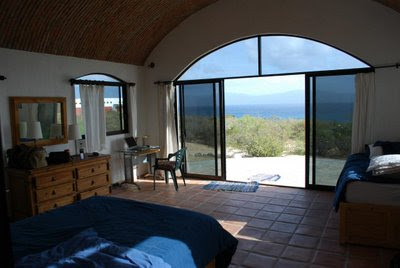 New Web Pages to Bookmark:
Comment on this article

Posted by Kirk Lindstrom at 8:32 PM