ECRI's WLI and WLI Growth Rate Both Up 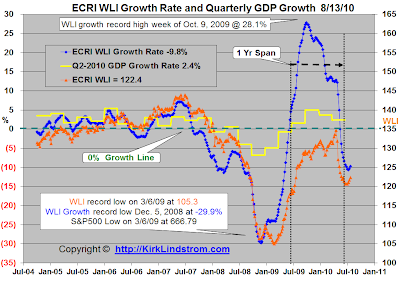 Since ECRI releases their WLI numbers for the prior week and the stock market is known in real time, you can often get a clue for next week's WLI from the weekly change in the stock market.
Chart of WLI vs S&P500 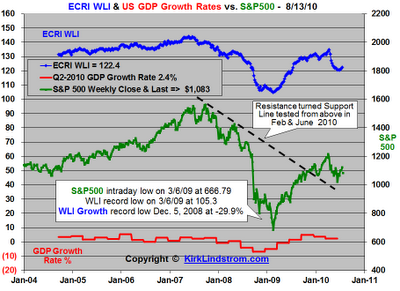 Chart of WLI vs DJIA 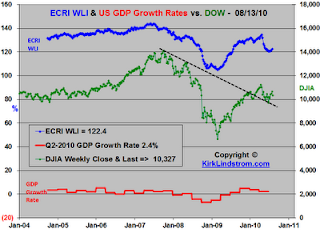 Commenting on the numbers, ECRI's managing director Lakshman Achuthan said, "The WLI plummeted for two months through late June before flattening out and then rising to a nine-week high. But if it turns down once again, that would signal heightened recession danger."